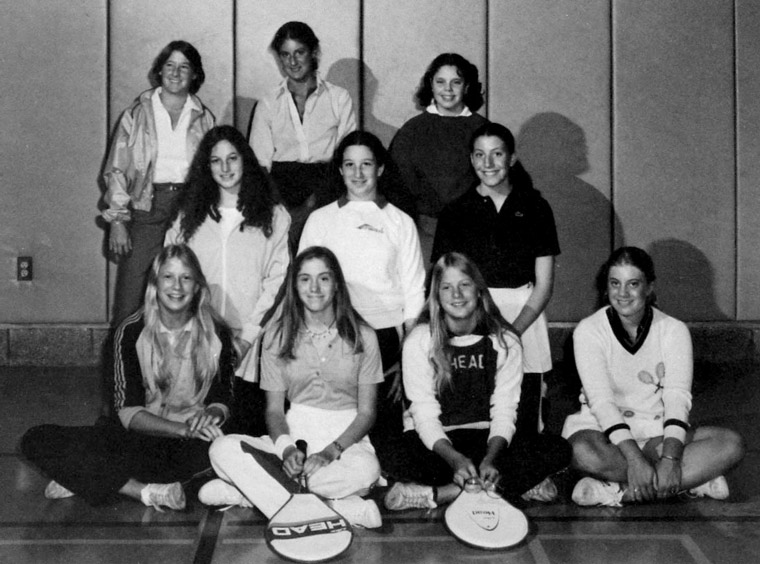 "What a Team!" (Carpe Diem, 1981) Described in the D-E Yearbook as "oh, so good", the 1980 D-E Girls Varsity Tennis was made up of a dedicated group of athletes who were strong both individually and as a team. The Lady Bulldogs included Pam Farnsworth, who was ranked nationally at the time and had a "stupendous season", the Kossmann Sisters (CiCi and Kris), who both won first place in the state tournament at second and third singles respectively, and Anne Babington (Randolph) and Nancy Shachnow, who together won first place at first doubles after "coming back from the dead".